Home   /   From The Zorch HQ   /   Ragges Retarded insights from within

Ragges Retarded insights from within 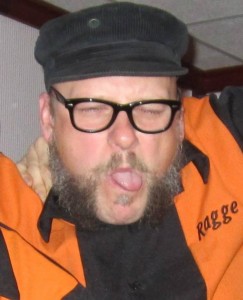 As a starter of new great traditions we humbly welcome Ragge Ritardo, singer & guitar slinger from Toto Y Los Ritardos Psychodelic. He’s the first of a guest writer here at the Zorch HQ. Today he’ll share his Observations thru a half filled wine glass… (wait now it´s full again) which is an exquisite little band-tip from a true gourmet of 60s punk!

This week´s TOP BAND: The Bojax (originally called The Knights for a few months!) A typical “Garageband” as found on comps like: Back From The Grave, Pebbles, Boulders, Punk Unknown, and so on, and so on…
They were from Greenville, South Carolina. And they took their name from model car set. The photo on the cardbox had a garage in the background named ”Bojax Garage” They liked it so they took it!
Members were: Bobby Holliday (rhythm guitar / vocals Lyn Cook (drums) Mack Sanders (bass) Roy Wood (lead guitar) Edwin Bayne (lead / rhythm guitar)
Influences: The Beatles first; Stones; Hollies; Animals; Zombies; Manfred Man. And from the States: Chuck Berry, Mitch Ryder, and The Young Rascals. We also listened to the blues: John Hammond, The Bluesbreakers, Freddie King, Albert King, Elmore James, Muddy Waters, etc.
The Bojax would release three singles.
Hippie Times/Go ahead and go (Released in 1967 on Panther Records) ********** The Ultimate 60s punk 45´… All killers no fillers!
Don´t look back/Fast Life (Released in 1968 on Panther Records) ***** Great cover of the Remains on A-side & B-side is Okey but not great!
So glad/I’ve Enjoyed As Much Of You As I Can Stand (Released in 1968 on Panther Records) More like popsike tunes (not my bag)
You can find “Go ahead and Go” on BFTG 8 and “Hippie Times” on WYLDE SYDES 8. And you can also find all of them on MISTY LANE RECORDS “Don´t Look Back It´s The Bojax” 10” The first single, Hippie Times, charted for a few weeks in the 30s. The second and third singles made it to the Top 10, and received good airplay for a couple of months each. By the second and third single they were getting airplay not only in our local area, but in Charlotte, North Carolina, Myrtle Beach, South Carolina, and Atlanta, Georgia.
So look them up at youtube kiddies, open up a beer and enjoy REAL 60s PUNK to 100%…
I know I´m gonna do so……